Posted on September 14, 2018 By Derek MacDonald

Home of the Tetons, Jackson, Wyoming, boasts access to some of the most iconic mountains in the world, making it a mecca for tourists and outdoor enthusiasts alike.

The town of Jackson sits just 30 minutes outside of both Grand Teton National Park and Yellowstone National Park. If that wasn’t enough, Snowking Ski Resort is located in downtown Jackson, Jackson Hole Mountain Resort resides in Teton Village (technically just outside of Jackson in Wilson, WY), and Grand Targhee Ski Resort is just on the other side of Teton Pass. Teton Pass itself boasts some of the most well-known backcountry ski access in the country, and Jackson Hole Mountain Resort has been voted the best ski area in North America more than once while averaging about 459″ of snowfall annually.

Jackson Hole’s geographic location plays a very large role in this, as it is located at the feet of the Grand Tetons. While many natural elements contribute to the valley’s pristine reputation as an aesthetic masterpiece, the natural icon most synonymous with Jackson are the Tetons.

With natural capital residing at its core, the community simply orbits around it.

Humans may have grown keen to Wyoming’s hidden gem, but the environment’s flourishing success is nothing new to the plants and animals who have prospered long before they were forced to share with us.

Although Jackson is a community that thrives on tourism, hosting an ebb and flow of people constantly coming and going, there is an underlying current of connectivity among locals.

“Ski towns” across North America are notorious for being dominated by the male population. Jackson is no exception. With a total population of 9,967, people between age 20 and age 40 account for a whopping 32% of the entire population. Half of that 32% is made up of people between age 25 – 29 alone. And of the roughly 1,600 people in that age bracket, 1,000 of them are in fact, male.

The summers arguably see the largest flow of tourists due to the operating season of the National Parks. Additionally, summer time in Jackson means mountain biking, white water boating on the Snake River, fly fishing, and rock climbing in the Tetons (perhaps with the Exum Mountain Guides, America’s oldest guiding service). Winters also attract an influx of visitors on ski vacations, but both spring and fall feature major lulls in activity that cause an economic lapse for the town and its locals.

The upper class clientele that Jackson attracts does not accurately represent the average working-class resident. Jackson’s tourism-reliant economy means a booming service industry supported by locals, which includes a lot of immigrants. (Check out the film The Quiet Force)

The high-profile status that owning a home in Jackson comes with means that a lot of out-of-towners own million dollar homes in the area, but don’t regularly occupy them year-round. Sometimes they don’t even visit these homes once during the year. Though, this is hardly an anomaly for tourism-based, destination towns.

With some of the highest property values in the United States, housing is a well-known issue for the working class of Jackson. There are simply not enough affordable housing options to go around for Jackson’s workforce and local populous.

“By providing land already owned by the town or county where a private developer could construct affordable housing, April Norton, executive director of the Jackson/Teton County Affordable Housing Department, hopes to keep the government out of the development business, reduce public subsidies and, most importantly, see housing built” (Spina, JH News & Guide).

The “free” (already owned land) that Norton is focusing on sounds like a great place to start. It doesn’t, however, seem to counterbalance the high construction costs and required deed restrictions that make it hard to utilize the “free land”.

The appeal of visiting, or living in, Teton county makes total sense.

Jackson’s luxury tourism industry and outdoor recreation opportunities collectively make it a landmark destination to anyone and everyone from professional skiers, mountain bikers, climbers, kayakers, and fly fishing enthusiasts, to high class tourists, families, and national park visitors from around the world.

Its completely fitting that action sports media company, Teton Gravity Research, set its roots in the community with its headquarters located in Wilson at the bottom of Teton Pass. Other outdoor industry companies like Stio, Mountain Khakis, and Croakies are Jackson locals, too.

Backcountry skiing and snowboarding are at the cultural core of Jackson, WY.

“Backcountry” is defined as “sparsely inhabited rural areas; wilderness”.  Jackson Hole Mountain Resort offers some of the best in-bounds skiing in the world, but because of the geographic marvel that are the Tetons, the terrain available for out-of-bounds skiing and snowboarding draw a lot of people to go exploring via ski touring (hiking to ski or snowboard without use of chairlifts). 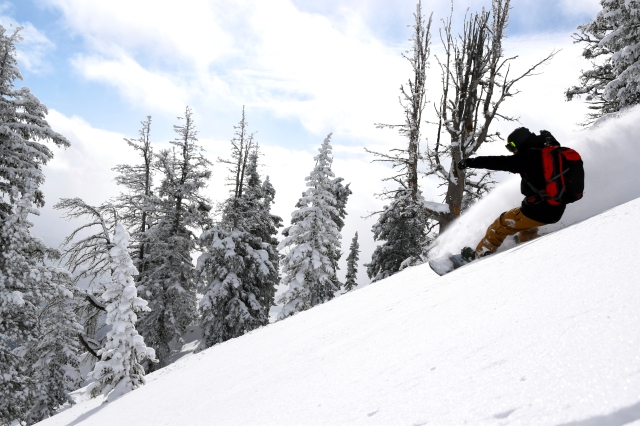 The backcountry ski scene of Jackson is lively and robust. It is a facet of skiing and snowboarding that requires a different set of knowledge and skills than in-bounds skiing; mostly to do with avalanche safety and medical skills in case of emergency. As a result, there are a certain set of cultural codes embedded within this community that revolve around etiquette and behavior.

As far as knowing where to go in the backcountry, guidebooks are a great resource. Jackson Hole Backcountry Skier’s Guide: South by Thomas Turiano is a great example. This book does NOT teach avalanche safety skills. Rather, it gives maps and information to backcountry skiers and snowboarders. Things you can find in this book: best places to travel safely, hazardous things to look out for, places to park so as not to get in the way of snow plows and public works etc… 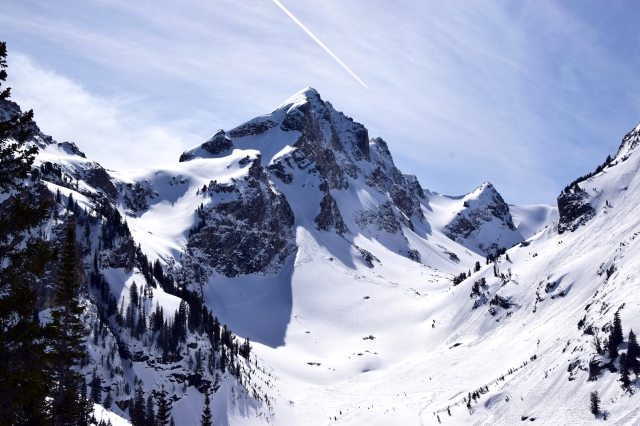 While visitors focus on fine dining after a day on the slopes (likely mixed with a beer at the Million Dollar Cowboy Bar) you’re likely to find a local, who’s not at their second or third job, at Hole Bowl on Mondays for an hour of free bowling after 5pm with proof of a local pay-stub. You’re also likely to find that local competing in the Margarita Cup; a downhill ski racing competition on Wednesday evenings presented by Pica’s Restaurant in partnership with the Jackson Hole Ski and Ride Club. After the Margarita Cup, the local crop takes to the mic for karaoke night at the Virginian Saloon. When 6am rolls around, the same locals can be found dawning head lamps and ski or snowboard boots for an early morning lap on Teton Pass before stopping in at Pearl Street Bagels for some food and coffee on their way to work.

A popular example of social capital in Jackson is bluegrass night at the Silver Dollar Bar. Every Tuesday, One Ton Pig takes the stage (which really isn’t a stage but rather a corner of the dance floor) and locals from age 18-85 showcase their affinity for swing dancing. 70 year old ranchers in cowboy hats and cowboy boots shuffle alongside their 25 year old community members in ski branded trucker hats and flannel shirts while everyone wears huge, slightly sweaty, smiles- PBR in hand.

Like Loading...
← Know Your “Why” – The letter that hangs on my wall
The Process: Prepping for a Dawn Patrol →

Derek MacDonald is a snowboarder, backpacker, writer, runner, and public speaker based out of Jackson, WY. He’s happiest when chasing sunrises in the backcountry.