Meet Colby Thompson: A Look At Authenticity in Vanlife 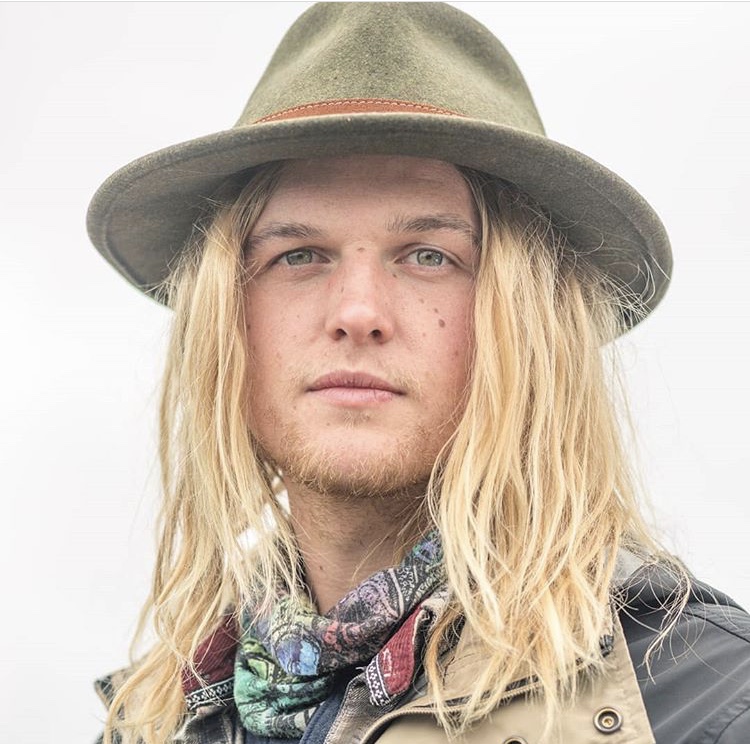 Colby Thompson spends months every year traveling the U.S. in his fixed-up, albeit fragile, green VW bus fondly named, Dharma. A 26 year old filmmaker by trade, with a degree from Champlain College, Colby maintains a job doing freelance digital media work while traveling and playing music across the country. He traded LA traffic for national parks in search of the freedom to lead what he calls an unconventional lifestyle.

Colby has always relished adventure. He originally went to film school to feel like part of the stories he’d be creating; to feel inserted into the world of The Lord of the Rings or Star Wars. After graduating from college, Colby moved to Los Angeles, CA in pursuit of his Hollywood dreams. Life in LA started to deflate his preconceived expectations of what being a part of the filmmaking industry really looked like. It forced him to take an honest look into the life he wanted to lead. The answer he found, was one of meaning. He still adored storytelling, but came to realize he’d only ever be on the set… not living within the story being created. So, he decided to change that.

Colby’s social media feed showed people in his life backpacking, traveling through Europe, teaching English in Thailand etc… This prompted a realization for him, “I can do whatever the fuck I want in life” and sparked the motivation to live his own adventure, in his own way, on his own terms.

He departed on his first trip across the United States in his fixed up VW bus just over 2 years ago in May of 2016, and was on the road for 5 months.

While vanlife has become a sensationalized trend, and an attraction for those with curated social media profiles, Colby strives for authenticity in his pursuits. Spending the summer of his first trip as a campground host in a Colorado national park, a job that offered minimum wage and a place to park in exchange for campground upkeep, sounded perfect but was enough to burst the vanlife bubble for him. The job included scrubbing bathrooms, well, pit toilets, and gave Colby an appreciation for the pros and cons of living simply.

Colby hasn’t completely abandoned his filmmaking skills either. In fact, he still makes a living through his video production work for Boston based event company, Nuimage Entertainment. When he’s on the road, he has a videographer attend and capture the weddings, corporate parties, or other events managed by Nuimage, and then send the footage to him for post-production packaging for clients. When not on the road, you just might find this van dweller dawning a suit and tie, with his shoulder length blonde hair neatly arranged in a bun on top of his head, eating hors d’oeuvres while mingling with his clients at their events.

This paradox used to be the source of some internal conflict for Colby, who previously felt as though he was masquerading where he wasn’t truly welcome. “I don’t feel that anymore. I get paid to go do these projects. People find value in what I do, and it’s a cool experience for me. Now when I attend, I’m just being me. I’m here to work and do what I’m good at”.

It was this new appreciation, and another road trip from October, 2017 to April, 2018, that turned Colby on to another trend: building a tiny house.

The book, Nomadland: Surviving America in the Twenty-First Century by Jessica Bruder, which features a picture of a worn down airstream camper, parked amongst a dusty desert landscape on the cover, resonated with Colby on this particular adventure. The book delves into the lives of transient, older Americans that have adopted a nomadic lifestyle surrounding cheap seasonal labor out of necessity.

These are the folks who got hit the hardest during the recession and who’s social security and retirement plans didn’t pan out as they’d hoped. The vagabond labor community often stays invisible compared to their younger counterparts; the full-of-wanderlust 20-somethings posting pictures of national parks on their Instagram accounts.

Colby also noticed that the portrayal of vanlife across social media lacked a sense of authenticity, and commented “The life-coaches of Instagram who post photos of amazing landscapes and say ‘live your life now or find your purpose’ feel really dumb when your engine won’t start and you have to figure out which direction to walk in search of cell service”.

Dreaming of what he could accomplish when he returned from road life in the van, Colby hatched a plan to build a tiny house with his partner, Aria. “It’s not the tiny house itself that is the dream come true. It’s that we’ll have this, paid off. We’ll still have the freedom to live life in any direction that it goes without being constrained.”

When asked about his decision to leave LA in the pursuit of his own adventure, Colby aptly responded:

“I’ve been adjusting my goals to reflect the things that will fulfill me” citing that his motivations changed “from external and egocentric to internal, soulful motivators.”

“Health and happiness. That’s what this whole experience is about.”

Derek MacDonald is a snowboarder, writer, runner, and public speaker based out of Jackson, WY. He’s happiest when chasing sunrises in the backcountry.